A Startup's Hindsight is Esri/Esri

A few years ago Esri approached us to redo our app on their technology. This is an extremely tall order for any company, let alone a very early stage startup (which we were back in May, 2010) that had only recently launched their platform. We tore out our all the mapping components on iOS which used the mapping controls native to all the devices. Ironically, this was a god send. One of our key selling points with our government customers is their ability to control the data provided to their end users, and not be subject to the whims of the likes of Apple, Google or Microsoft. Well, this week that investment has paid off. While reports come in that indicating flaws in the Apple's new iOS6 maps we are unaffected. We are free to choose our source base maps so we aren't effected by bad or missing data. 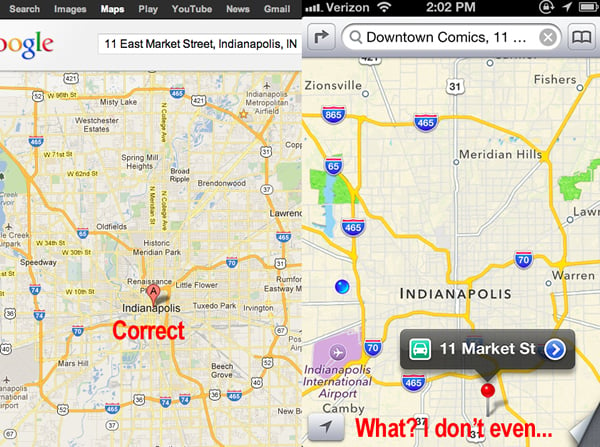 We also get to control our geo-location tools, avoiding problems where the device can’t accurately locate addresses with the native APIs. Testing our application against other similar map based applications proves our point. All the others have the flaws and inconsistent data Apple feeds back to them. Rock Solid (previously CitySourced) is ecstatic on our bet with Esri. They've  enabled us to keep control of our application and even deliver higher levels of customization for customers who wanted to use their own high quality, authoritative maps like UCLA, Redlands, and Honolulu.

Thanks Esri - we're so thankful for your technology and proud to be a gold partner!

UPDATE: Below is a map we found at ArcGIS Online. It's an authoritative map produced by the City of Indianapolis, and it's got some incredible detail. 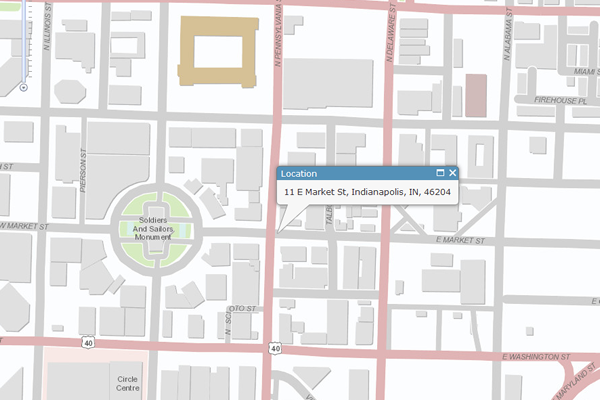