How Local Governments Can Fill Vacancies on Boards and Commissions 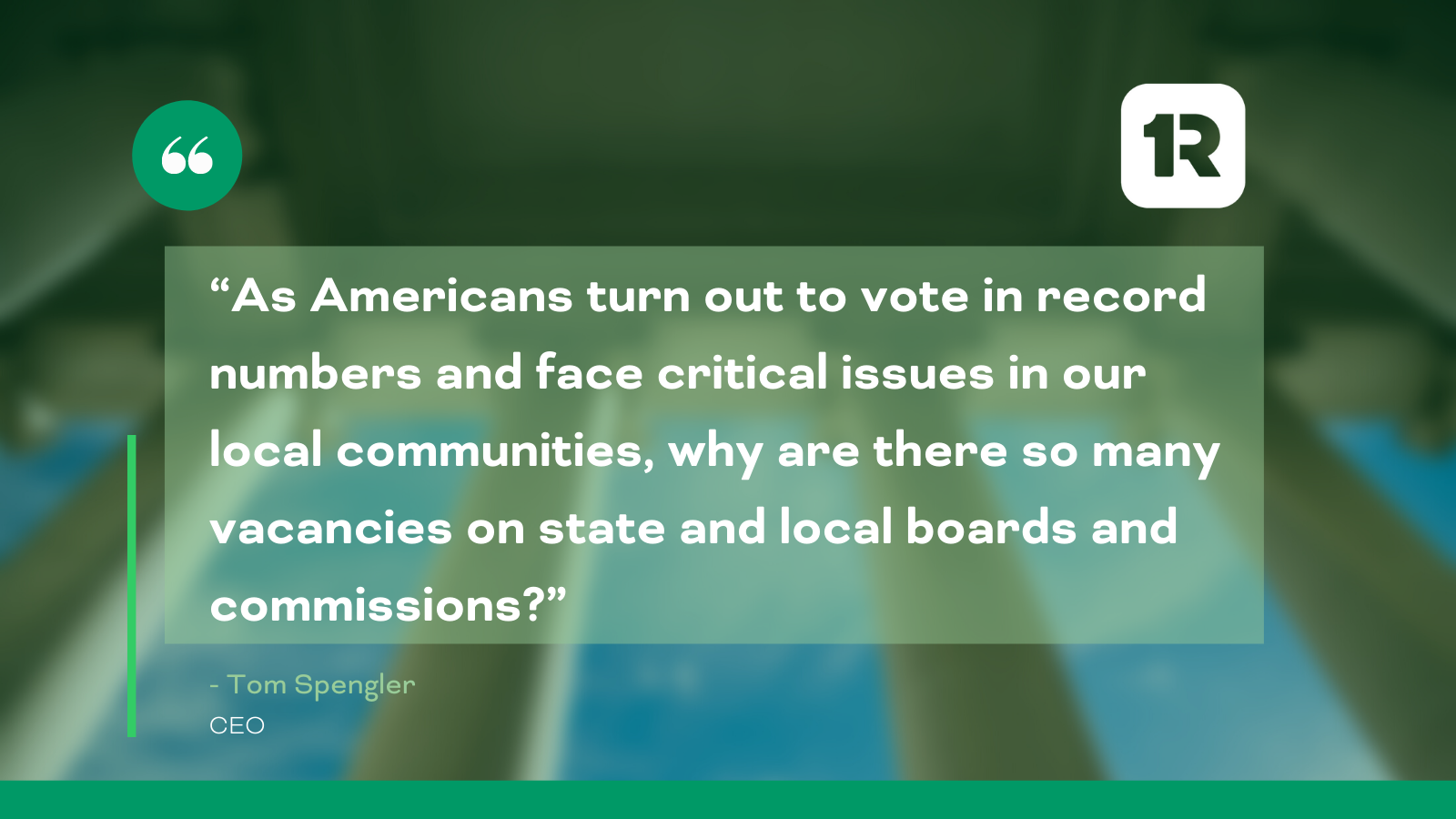 It’s not surprising that voter turnout has been up in recent years. However, what do we do after the vote is counted and the election is over? How do we go beyond the election to solve our communities’ most significant challenges?

It's been a bizarre couple of years. We are still facing an international pandemic that will be remembered as the worst since the Spanish flu 102 years ago. Additionally, the U.S. continues to struggle with racial equality; the New York Times reported that the Black Lives Matter movement might be the largest in U.S. history. The U.S. economy fluctuates wildly, with GDP dropping and then spiking back up.

As someone who has worked with local government for most of my career, I can see that many of this year’s challenges fall under state and local jurisdiction. This fact might not be so evident to many because it’s federal politics that are covered ad nauseam by news outlets.

For example, in the first half of 2020, 2,065 State Executive Orders dealt with COVID-19, including various shelter-in-place orders. Our governors and mayors have been tasked with weighing the health risk of COVID-19 against the economic impact of closing business and schools. Are masks required? What about outdoor dining and gyms? How can they support a local business on the brink of shutting down, and what about its employees?

Local Government Boards and COmmittees have a vacancy problem

The state officials rely on their staff and thousands of boards and committees for input. For example, there are 220 state boards in Arizona, and Governor Doug Ducey appoints 2,000 people to serve on them. Many of these boards have vacancies because they can’t find community members who want to participate. For example, the Arizona Civil Rights Advisory Board has vacancies on five of its seven available seats.

In California, Governor Newsom has 4,000 seats to fill with hundreds of vacancies, including the Fraud Commission and the Alcoholic Beverage Control Appeals Board, which have available vacancies. If you’re interested in public safety and police reform, the LA Police Commission is made up of five civilian positions. Under the City Charter, the Board of Police Commissioners is the third largest police department in the country. The commission holds public meetings every Tuesday at 9:30 a.m., partly to receive additional public input.

Virtually every city and county has boards and commissions with unfilled positions. I would estimate the number of vacancies in the U.S. that could be filled by a public member is more than 100,000. So as Americans turn out to vote in record numbers and face critical issues in our local communities, why are there so many vacancies on state and local boards and commissions?

PrimeGov works to solve this issue and help individuals get more active and involved in their local communities. Our boards and commissions management platform, Committee Manager, helps state and local governments announce and fill these vacancies with the most qualified members of their communities. In addition, the Committee Manager will bring greater transparency to these boards and commissions and their members, including information on attendance, voting records, and much more.

Combined with our Virtual Meeting offering that allows government agencies to comply with new state and local regulations for holding public meetings, PrimeGov commits to improve community collaboration with government leaders to solve some of the most challenging issues 2020 has thrown at us. If we all decide to go beyond the vote, I think we can solve these issues together! Change can go beyond the voting booth and into the boardroom in this era of renewed civic engagement.

Additionally, we want to recognize the many nonprofit organizations that have been working for a long time and keep our communities engaged between election cycles. Groups like She Should Run and Higher Heights for America are dedicated to equipping women and Black women respectively with the tools, connections, and information they need to run for office. IGNITE works to educate the next generation of leaders, some as young as middle school, so that they are motivated and prepared to serve in public leadership positions in the future. We at PrimeGov want to complement these efforts with the tools local governments need to facilitate and manage their boards and committees. 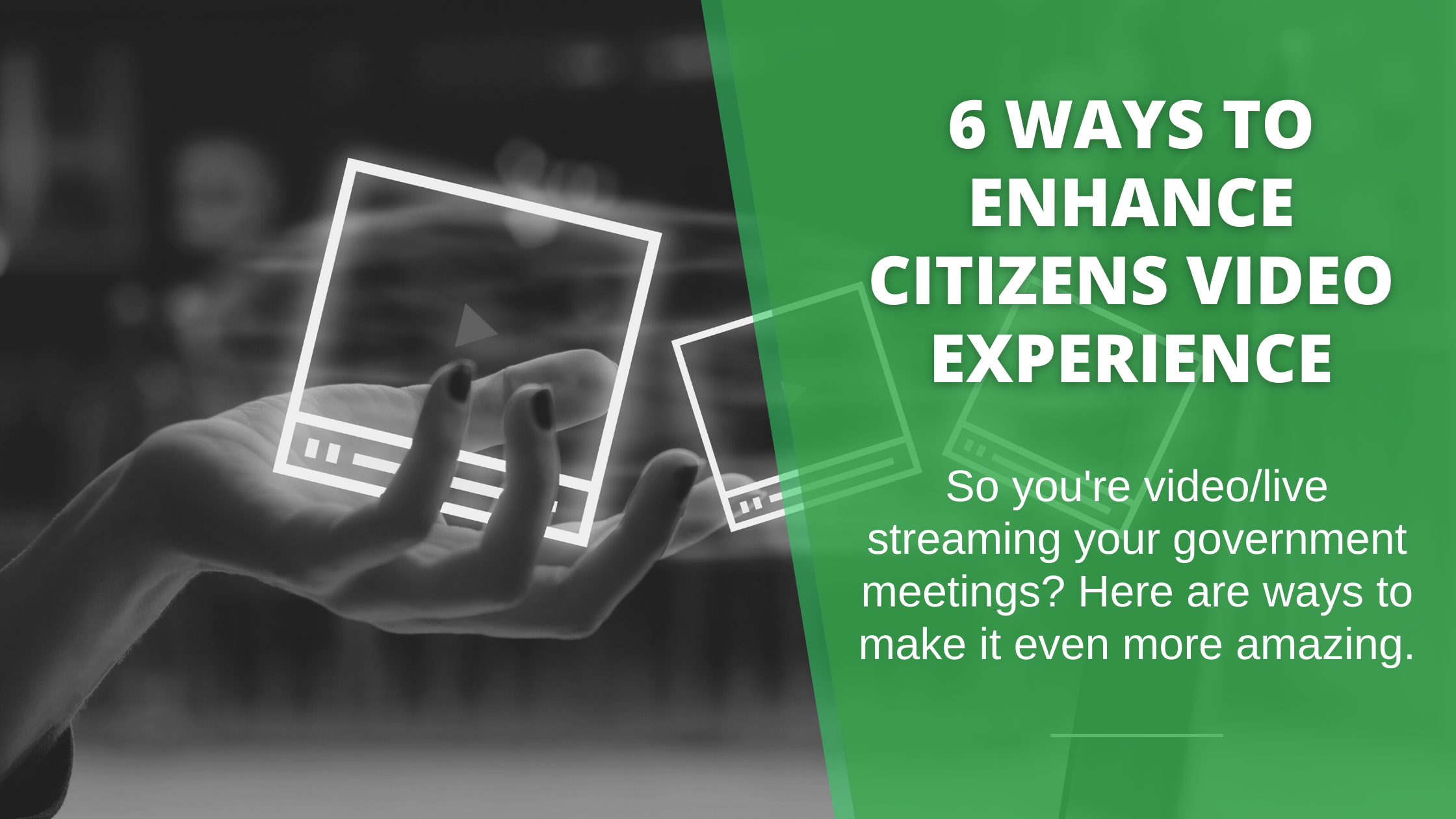 GovTech 6 Ways to Enhance Citizens' Video Experience We all want to exceed at what we do, and for local governments that means finding new…