Recognizing the need to be as inclusive and transparent as possible for all its residents, the City of Santa Ana made its public meetings accessible in both English and Spanish. The City hired translators and provided its meeting agendas in both languages, even making them accessible by QR codes. In order to provide meeting documents in two languages, however, city staff was forced to develop a tedious manual process that juggled five different software tools, including their current meeting software, and that required countless staff hours. By implementing the OneMeeting meeting management suite, Santa Ana was able to make the process infinitely more efficient, freeing up staff time to connect further with diverse populations in their community.

Over the past decade, the numbers of non-English speakers have risen in all but seven states in the United States, with California
reporting the highest growth percentage. The City of Santa Ana, California is home to a diverse population that includes 76.6% of their constituents identifying as Latinx. Santa Ana City officials, including City Clerk Daisy Gomez, were faced with the challenges of increasing access to public meetings in terms of language and of pivoting to remote meetings.

As the City Clerk, Gomez wanted to ensure that meeting agendas available in both English and Spanish. While the current system was able to provide this capability, it required following a very extensive and manual process.

In fact, Gomez’s team had to shuffle between five different software tools and required IT involvement to publish their city council agendas, which often kept them up working well past midnight on their “Agenda Publication Days”.

Though this process did provide multilingual access to the meeting agenda, the tedium and late hours it required were not sustainable.

With a distinguished 19-year public service career, Daisy Gomez was all too familiar with designing and deploying modern technologies, having supported the design and implementation of everything from voting and elections systems to legislative management and public records management tools. She clearly understood that there was a need to streamline the process for efficiency, transparency, and accountability, and set out in search of a better way to meet the City’s goals. 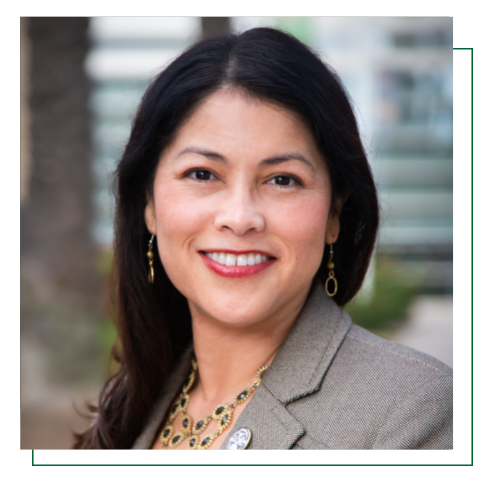 The City of Santa Ana, CA broke the greater challenge down into smaller pieces and began addressing them one by one.

Like many other cities, the COVID-19 pandemic forced Santa Ana to move to virtual meetings at a moment’s notice. Quickly after the shutdown began, Santa Ana offered virtual access to council meetings via Zoom, removing the sometimes insurmountable step for residents to make it to chambers for meetings in person.

Participation quickly grew as residents no longer had to coordinate transportation, line up childcare, or fight Southern California’s notorious traffic to join a public meeting; instead, they could take part using their computer or mobile device. An option to simply dial in was available as well, and participation numbers continued to grow, far surpassing viewing numbers for the meeting on the local cable access
channel (CTV3).

With such a strong demand from the public for this virtual access, virtual meetings are still practiced by many California cities, including Santa Ana. While bills presented to the California state legislature to allow continued virtual meeting access failed this legislative session, Daisy is hopeful and optimistic that they will eventually be adopted. 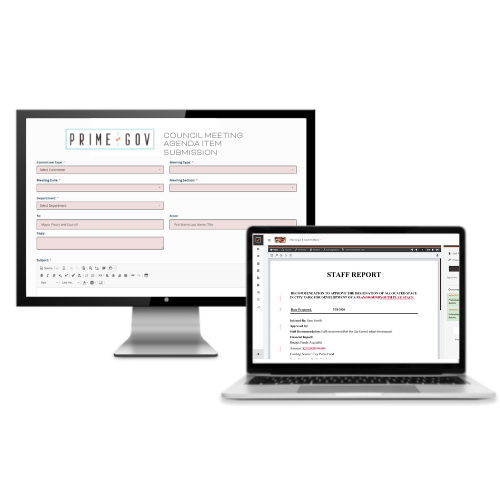 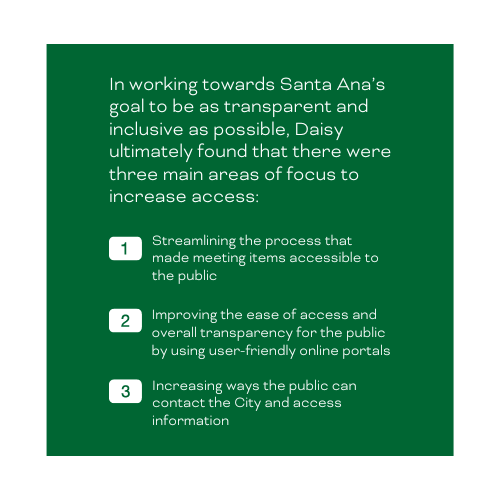 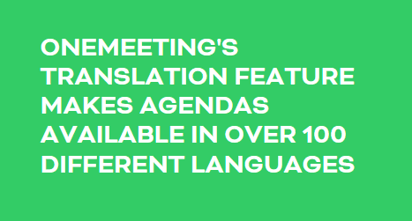 Because the City of Santa Ana has such a large population of Spanish speakers, Daisy also found it vital to have a Spanish translator on hand to interpret public comments made in Spanish during City Council meetings.

Additionally, a separate encoder interprets council meetings in Spanish, so that residents can listen to meeting recordings in their choice of English or Spanish. 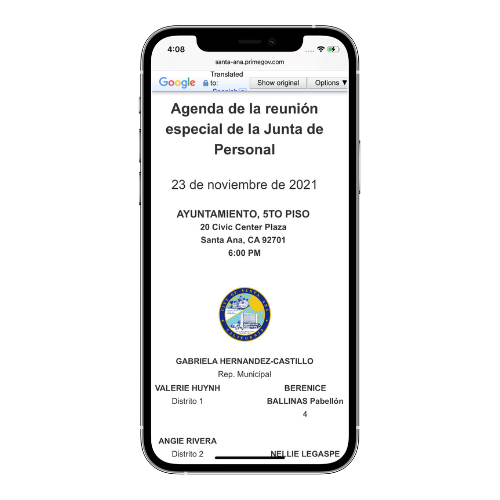 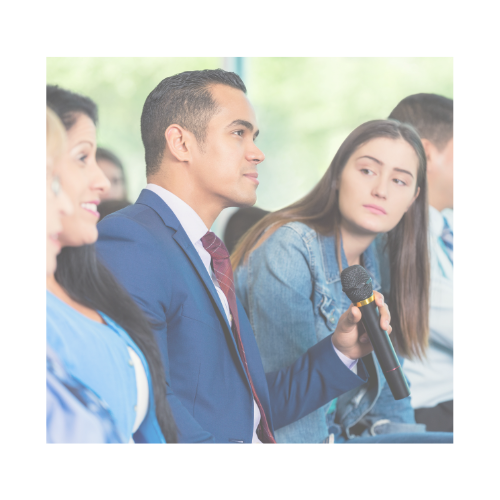 Although she had already made such headway in opening up public meetings to the community, Daisy didn’t stop there. She discovered another interesting challenge of helping non-English speakers participate in public meetings: an undercurrent of government distrust.

This sense of unease in the community prevented constituents from even wanting to participate in public meetings, never mind learning how to do so. Daisy set out into the community and trained members of neighborhood associations and culture-specific community groups how to use the new technology to join meetings virtually.

Daisy’s willingness to truly connect allowed her to establish inroads in her community, shifting wariness to a desire to participate, to be well informed, and to understand policymaker decisions.

Impactful results presented themselves across the board, in a variety of different areas for staff and residents alike.

Meeting agendas are now available in 100+ languages with minimal IT support. Spanish translators assist with live interpretations during meetings, and residents can listen to meeting recordings in their choice of English or Spanish. Daisy admits that though Google Translate isn’t always perfect and lacks contextual clues, it is still a massive improvement and has been much easier overall for residents to use. 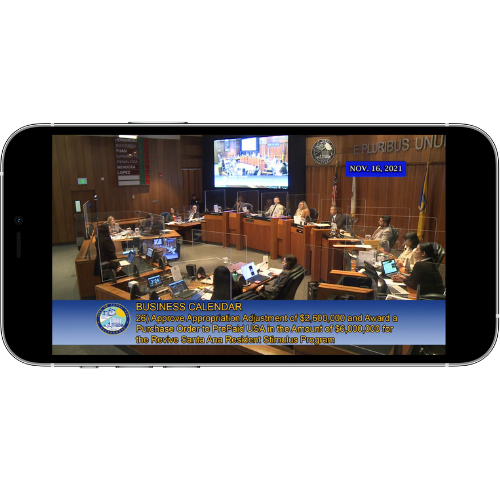 The OneMeeting meeting management suite truly streamlined the process. The long nights spent on Agenda Publication Days are now long gone, and the staff can work regular hours again. IT involvement is no longer necessary. And with COVID-19 still interrupting “normal work”, OneMeeting's cloud based solution also means staff can access the full system on any modern browser, from anywhere, removing the need to be in the office to collaborate and to get their work done.

Remote meetings increased the number of public meeting attendees. Santa Ana residents find the new OneMeeting meeting management solution helpful, as it provides an organized, centralized, and informational platform that is accessible from any device, including cellphones. Spanish speakers are better equipped to understand and to join public meetings. Mobile device access helps diminish the participation gap for those that remain less likely to own a traditional computer or have high-speed internet access at home. 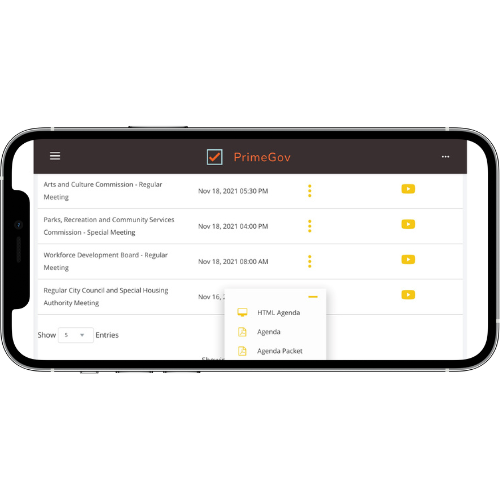 Daisy admitted that the City left its previous meeting solution because not only was a certain functionality lacking, but there were also many technical issues and not enough knowledge or drive on the vendor’s end to improve. In fact, the company had contacted Daisy to ask, “How are you doing the Spanish translation on our platform?”

OneMeeting's meeting functionality was built knowing the end goal, a result of the leadership team’s extensive industry experience and knowledge. Instead of piecing multiple products together over the years via acquisitions, OneMeeting's meeting management suite is truly one solution for the entire public meeting process, making it not only easier to use, but also more stable and secure.

When Santa Ana moved to OneMeeting, Daisy appreciated OneMeeting's dedicated implementation team that not only understood her city’s needs, but truly partnered with them to ensure the project’s success. OneMeeting's customer service team continues the successful relationship, proving to be incredibly responsive and knowledgeable across the product suite, ensuring that there isn’t just one expert for the team to rely on. Daisy confirms the OneMeeting customer service does “an excellent job.” 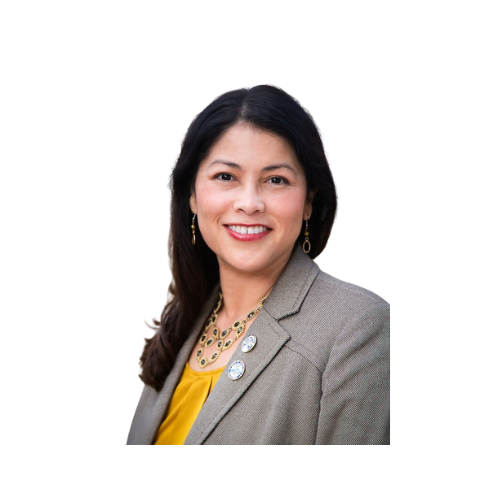 My staff and IT had sometimes been working through a manual process until 8pm and sometimes even midnight to publish our agenda. Now, with OneMeeting, we leave by the end of business day.”

About OneMeeting by Rock Solid Technology

The 2020 election will be different. Local governments are responsible for informing citizens of everything they need to know to vote. This kit will help you plan, execute, and draw inspiration for your election communication strategy. 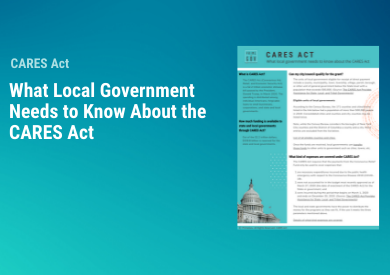 eCourse What Local Government Needs to Know About the CARES Act

The CARES Act can benefit local governments in many ways. This guide will show you if your city qualifies for the grant, what kind of expenses it can cover, and how it can be used as an investment for government technology solutions.

The 2020 election will be different. Local governments are responsible for informing citizens of everything they need to know to vote. This kit will help you plan, execute, and draw inspiration for your election communication strategy.

eCourse What Local Government Needs to Know About the CARES Act

The CARES Act can benefit local governments in many ways. This guide will show you if your city qualifies for the grant, what kind of expenses it can cover, and how it can be used as an investment for government technology solutions.